Article: Svalbardia and the 'Corduroy' plant from the Devonian of the Shetland Islands, Scotland 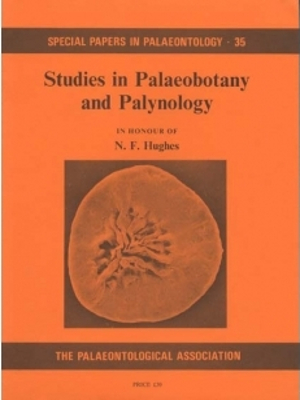 Allen K.C., Marshall J.E.A. 1986. Svalbardia and the 'Corduroy' plant from the Devonian of the Shetland Islands, Scotland. In: D.J. Batten and D.E.G. Briggs (eds.) Studies in Palaeobotany and Palynology in Honour of N.F. Hughes. Special Papers in Palaeontology, 35, 7–20.

Occurrences of Svalbardia scotica Chaloner 1972 from the Devonian of Fair Isle and Shetland are described. Most sites occur in fluviatile and lake margin sediments. The 'Corduroy' plants, which are ribbed stems, occur largely in sandstones and are of unknown origin. Sterile material of S. scotica shows a wide range of leaf morphology. Fertile material is similar to that of Archaeopteris. The detailed morphology of the 'Corduroy' plant is described and the rib pattern is interpreted as being derived from tangentially arranged strips of fibres surrounding a central pith. The 'Corduroy' stems occur in a wide variety of preservation but most are believed to represent a single taxon. The 'Corduroy' plant is associated with Svalbardia, shows some features in common, and is believed to represent its stem. The palaeoecology of the in situ miospores (Geminospora) of Svalbardia are discussed in the context of hypotheses suggesting an inverse distribution relationship with the miospores Rhabdosporites langii and Ancyrospora spp. The common occurrence of Geminospora with Svalbardia in a proximal facies in the Shetland Islands shows that the primary control on its occurrence is stratigraphical and not ecological.