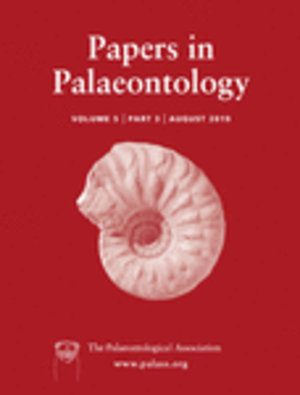 Hirnantian costate craniides are rare in the world; many have only been defined using open taxonomic nomenclature and assigned to the genera Acanthocrania and Philhedra. New material from South China and Myanmar allows establishment of a new genus, Xenocrania, including its type species Palaeocyclus? haimei Reed from the Hirnantia fauna in northern Shan State, Myanmar. This genus is characterized by a unique ornamentation with a large degree of intraspecific variation in sympatric and allopatric populations. Three types of ornamentation (A, B and C) are recognized within the same population of this species, and even on the same individual. Based on this high degree of variation, we consider Xenocrania haimei and Acanthocrania yichangensis Zeng from the Hirnantia fauna of Yichang, western Hubei, South China to be conspecific. X. haimei was probably an opportunistic species, exhibiting considerable significant phenotypic pleiotropy (exemplified by a highly variable ornament) in response to severe ecological stress, particularly during the end Ordovician crisis, enabling the species to survive the extinction event. Geographically, Xenocrania gen. nov. occurs not only in the Hirnantia fauna of Myanmar (Sibumasu) and South China, but also in England (Avalonia), Poland (Baltica) and probably also Bohemia (Perunica). A further reassessment of many nominal or indeterminate taxa of Ordovician and Silurian craniides tentatively attributed to Philhedra, Acanthocrania and other related genera is needed.