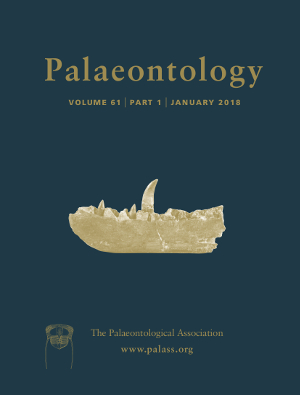 The largest known dinosaurs weighed at least 20 million times as much as the smallest, indicating exceptional phenotypic divergence. Previous studies have focused on extreme giant sizes, tests of Cope's rule, and miniaturization on the line leading to birds. We use non‐uniform macroevolutionary models based on Ornstein–Uhlenbeck and trend processes to unify these observations, asking: what patterns of evolutionary rates, directionality and constraint explain the diversification of dinosaur body mass? We find that dinosaur evolution is constrained by attraction to discrete body size optima that undergo rare, but abrupt, evolutionary shifts. This model explains both the rarity of multi‐lineage directional trends, and the occurrence of abrupt directional excursions during the origins of groups such as tiny pygostylian birds and giant sauropods. Most expansion of trait space results from rare, constraint‐breaking innovations in just a small number of lineages. These lineages shifted rapidly into novel regions of trait space, occasionally to small sizes, but most often to large or giant sizes. As with Cenozoic mammals, intermediate body sizes were typically attained only transiently by lineages on a trajectory from small to large size. This demonstrates that bimodality in the macroevolutionary adaptive landscape for land vertebrates has existed for more than 200 million years.