Article from: Newsletter No. 99
Written by: Paul Smith
PDF: No article PDF 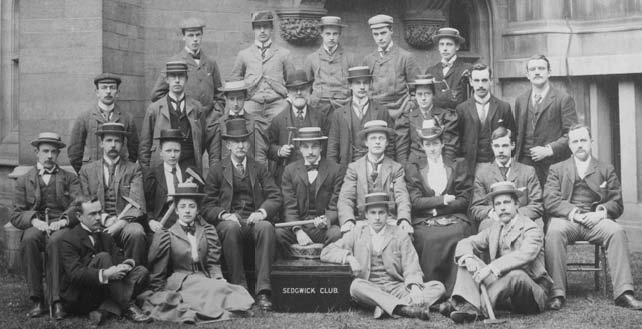 Gertrude Elles was born in Wimbledon, then in Surrey, in October 1872.  She went up to Cambridge in 1891 to read Natural Sciences, where she was influenced by the teaching of T. McKenny Hughes and J. E. Marr, graduating with First Class Honours in 1895.  She stayed in Newnham College and began to undertake research on graptolites in the Woodwardian Museum.  After a scholarship that enabled her to spend time in Lund, from 1895–1897, she began working with her Newnham friend Ethel Wood (later Dame Ethel Shakespear) and Charles Lapworth at the University of Birmingham on the graptolite faunas of the British Isles.  Over twenty years of extensive fieldwork and painstaking descriptive effort by the team led to the production of the definitive monograph on British Graptolites (1901–1918).  The work was encyclopaedic in its coverage of the group and beautifully illustrated, with Elles working on the text and Wood focusing on the illustrations.  With the taxonomy standardized, a detailed biozonal scheme could be established and that, in turn, enabled the global correlation of Lower Palaeozoic rocks.  The work, almost invariably referred to simply as ‘Elles & Wood’, continues to be a benchmark and standard reference tool a century later.  In 1922, with the taxonomy stabilized, Elles followed up the monograph with an influential analysis of evolutionary patterns in graptolites – an early comprehensive treatment of an entire group.  In common with her mentor Lapworth, Elles always considered fieldwork to be essential to being a good geologist and for understanding palaeontology.  In late career she even undertook research on metamorphism in relation to the structure of the Scottish Highlands with C. E. Tilley.

Elles was an enthusiastic teacher and an influential supervisor of young researchers, many of them women, who took up the baton of producing an accurate global correlation of the Lower Palaeozoic.  These included Dorothy Hill, who went on to become the first female professor at an Australian university, and the first female fellow and first female president of the Australian Academy of Science; Betty Ripper, who worked on Australian graptolites and stromatoporoids; and Oliver Bulman, who became the Woodwardian Professor of Geology in Cambridge. 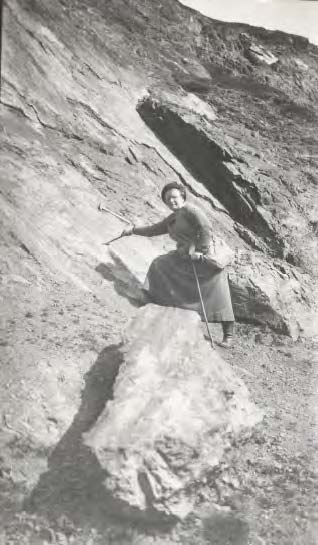 Gertrude Elles moved to Helensburgh, Scotland, in 1960 and died there a few months later in November of that year.  She was not just a pioneering palaeontologist and geologist, but also had an influential position in the early twentieth century vanguard of women in science – the opening line of her obituary in Nature noted that she was the ‘doyen of women geologists’.  She never married, and her college obituary noted that her students and geology were her family.  She was a strong supporter of the Sedgwick Club, the geological society in Cambridge, for all of her adult life, and the department in Cambridge retains a remarkable series of annual photographs of her from the young undergraduate of the 1890s through to the mature academic of the mid-twentieth century.