Field Guide to Fossils: No. 11 - Silurian fossils of the Pentland 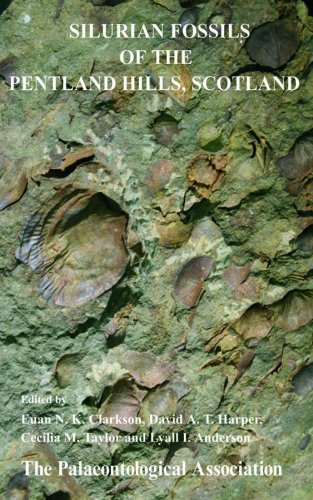 In the Pentland Hills, south–west of Edinburgh, diverse and abundant marine fossils of Silurian age are found. They are splendidly preserved as undistorted moulds, and occur in distinct palaeocommunities, succeeding each other through time and directly linked with changing environments. Many faunal elements have not been described until now, and this guide attempts to present a modern overview. Following two introductory chapters with maps, diagrams and environmental reconstructions, there are 15 chapters on different fossil groups, written by specialists, and illustrated with 37 plates. Most of the species encountered in the Pentland Hills are described and illustrated here. This guide should be of interest to professional and amateur geologists and palaeontologists.