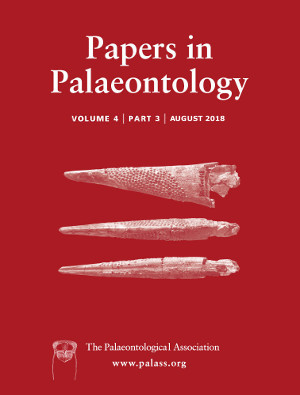 Baltic amber is a rich source of fossilized organisms and a valuable tool for evolutionary, biogeographical and palaeoenvironmental research. Because it is found in several deposits around the Baltic Sea, the exact area of origin, age in the Eocene and palaeoenvironment of the amber forest form a subject for ongoing discussion. Furthermore, there is a puzzling connection between Eocene climate change and the co‐occurrence of thermophilic and temperate insect taxa in Baltic amber, sometimes even in the same inclusions. We revisit these issues through a new piece of evidence: the rare South‐East Asian rove beetle genus Dysanabatium (11 extant species) found to be abundant in Baltic amber. We describe four new extinct species of Dysanabatium based on 13 specimens from 8 amber pieces collected in Denmark, Poland, Ukraine and Russia. These species are Dysanabatium kechrimparense sp. nov., D. aenaum sp. nov., D. damgaardi sp. nov. and D. johannesi sp. nov. The occurrence of one species, D. kechrimparense sp. nov., in the amber from all countries, as well as its co‐occurrence with D. damgaardi sp. nov. in one amber piece from Russia, suggest a possible common origin of Baltic amber from all these deposits. Dysanabatium adds to a plethora of fossil species congeneric with extant species restricted to South‐East Asia, which points to the warm and equable climate of the north European Eocene amber forest.