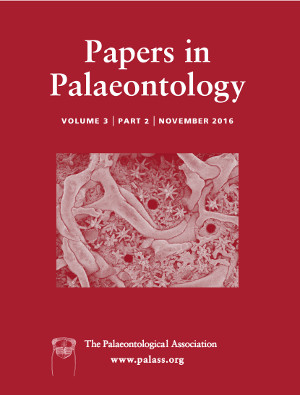 Until recently, the record of Mesozoic turtles in Mexico has been restricted to the Cretaceous. New discoveries in the Sabinal Formation (Tlaxiaco, Oaxaca) have extended the record into the Kimmeridgian (Late Jurassic). The Sabinal Formation is part of the Tlaxiaco Basin, which was a depocenter of continental and marine sediments dominated by transgressive‐regressive marine conditions during the Jurassic–Cretaceous. The new turtle described here consists of an almost complete carapace associated with a plastron. Based on the unique combination of characters, this turtle is identified as a new species of Platychelyidae here named Notoemys tlaxiacoensis. Platychelyid characters in this specimen include the presence of the sulcus between vertebral 3 and 4 located on neural 6, the presence of a central plastral fontanelle, and a pair of reduced mesoplastra. The occurrence of Kimmeridgian platychelyids in Mexico confirms that the Hispanic Corridor acted as a connection between Tethyan and Palaeopacific faunas.