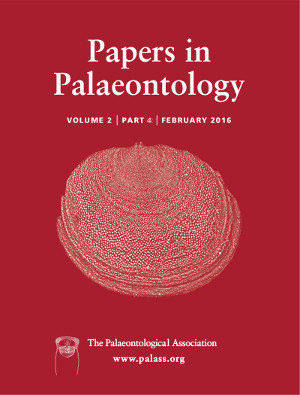 The Sirius Passet Biota of the Buen Formation in North Greenland is one of the key Burgess Shale‐type faunas, as it represents the only diverse early Cambrian (Stage 2, Series 3) biota from Laurentia. The sponges are one of the major components of the fauna, although they appear to be much less abundant than arthropods, based on the available collections. At least 13 species are described here, including the new taxa Hamptonia limatula sp. nov., Lenica perversa sp. nov., Saetaspongia procera sp. nov., Constellatispongia canismajorii gen. et sp. nov. and Crassicoactum cucumis gen. et sp. nov. An additional new species, Ratcliffespongia freuchenensis sp. nov., is described from the upper part of the Buen Formation. The assemblage is dominated by a major lineage of protomonaxonids, together with rarer reticulosans and demosponges. Some taxa, such as the anthaspidellid lithistid Fieldospongia bellilineata, were previously known only from Laurentian faunas; others, such as Saetospongia densa, Solactiniella cf. plumata and Lenica unica, were previously recognized from South China and/or Siberia. The described assemblage confirms the cosmopolitan distribution of Cambrian sponges generally, and suggests that the differences between Laurentian and Chinese assemblages are due more to a taxonomic overturn during Cambrian Series 2, Stage 4, than to the geographical separation. Furthermore, crown‐group demosponges appear to have occupied shallow‐water (perhaps dominantly platform) environments at this time, and may have been much more diversified and widespread than is currently recognized during the early Cambrian.