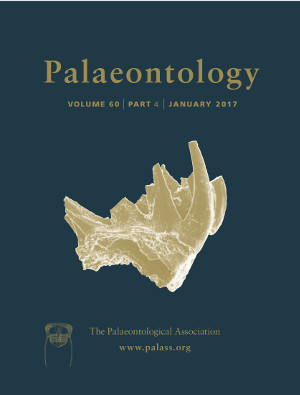 The tetrapod faunas from the terrestrial Middle–Late Triassic basins of Africa and South America are among the richest in the world, especially in non‐mammalian cynodonts. Despite the great abundance of cynodont specimens found in these basins, there are few known taxa that exhibit interbasinal distributions. Here we describe a new species of traversodontid cynodont of the genus Scalenodon from the Triassic Dinodontosaurus Assemblage Zone of the Santa Maria Supersequence, from the state of Rio Grande do Sul, Brazil. Scalenodon ribeiroae sp. nov. is based on a partial skull that possesses a combination of features not observed in any other South American traversodontid: ellipsoid upper postcanines with the transverse crest formed by three cusps, lacking a mesiobuccal accessory cusp, and with lingual cusp projected lingually creating a concave lingual surface on the upper postcanines; the paracanine fossa is positioned medially to the upper canine, and jugal lacks a suborbital process. A phylogenetic analysis places the new taxon in a basal position within the Family Traversodontidae, with the African Scalenodon angustifrons as sister‐taxon. The new specimen of Scalenodon represents the first record of this genus outside of the Manda Beds of Tanzania, and reinforces the biostratigraphical and biogeographical connection between Gondwanan Middle–Late Triassic tetrapod faunas. Although recent advances have been made, our current knowledge of these faunas is limited by the lack of absolute dates for most units and by uncertainties in the taxonomy and stratigraphical provenance of key fossils.