Article: Ecological implications of the correlation of avian footprints with wing characteristics: a mathematical approach 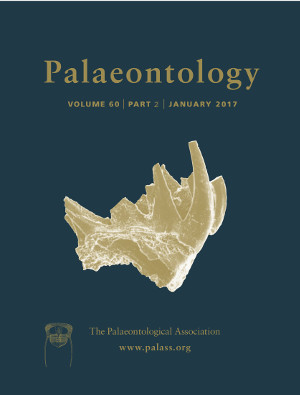 Japan Society for the Promotion of Science. Grant Number: 15J00351

The characteristics of avian wings that evolved for flying appear to show a distinct relationship to the shape of the pes and walking abilities as reflected in footprints. Wing area, wing span and body weight data of modern birds were collected and analysed in order to quantify the possible correlation, which was previously only inferred from empirical data. Discriminant analysis demonstrated that avian wings can be divided into three habitat groups, in a similar way to footprints. Multiple regression analyses revealed that the avian wing loading and aspect ratio were correlated with the parameters of footprint shape and can be expressed by a simple equation. The results may reflect the adaptation of avian locomotion to habitat. The relationships between wing area and wing span, and between wing area and footprint area, which are apparent in modern avians, were derived and used to estimate wing area and wing span from the footprints of extinct Cretaceous avian taxa. The estimated values of body weight, wing span and wing area suggest that the trackmakers of Archaeornithipus meijidei, Hwangsanipes choughi and Yacoraitichnus avis had bodies similar to herons (or cranes), large sandpipers (or small sea birds) and medium‐sized gull‐like birds, respectively.