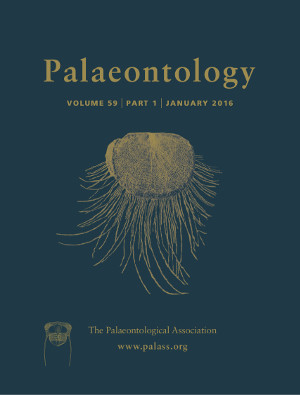 Antitropical distribution is a biogeographical pattern characterized by natural occurrences of the same species or members of the same clade in the middle- or middle-to-high-latitudinal habitats of both hemispheres, either on land or in marine environments, without appearing in the intervening tropical environments. For most of the noted examples of Permian antitropical distribution, particularly in marine invertebrates, the causes of disjunctions have been mainly linked to either dispersal or vicariance models. Little attention has been paid to other possible mechanisms. This study investigated the antitropicality of some Permian neospiriferine brachiopods through detailed taxonomic revision, comparison of palaeobiogeographical distribution, and a phylogenetic analysis. Several species, previously assigned to Kaninospirifer, are here reassigned to other genera, especially to Fasciculatia in the northern hemisphere and to Quadrospira in the southern hemisphere during the Permian. Both Kaninospirifer and Fasciculatia appear to have been restricted to north-western Pangea and north-eastern Asia during the Permian, but there is no robust evidence to suggest their presence in the southern hemisphere to which Imperiospira and Quadrospira were confined. In spite of the distributional separation between the two pairs of neospiriferine genera in the Permian palaeobiogeographical regime, they share considerable numbers of morphological characters, such as a large shell, subdued fasciculation, and reduction of ventral adminicula. Notwithstanding these morphological similarities, our phylogenetic reconstruction of the neospiriferines does not support a close relationship between these genera. This therefore must indicate that these similar morphological features were independently acquired, probably with these taxa living in spatially separate but ecologically compatible environmental conditions in the mid-latitudinal area of each hemisphere during the Permian. We regard this as an example of convergent evolution.