Stan Wood began his remarkable fossil-hunting career in 1969 at Wardie, an Early Carboniferous locality on the southern shore of the Firth of Forth in the northern outskirts of Edinburgh.  For two years he searched in vain in the black shales exposed by the falling tides until eventually he learned that the fossils collected in the past had been found in the hard ironstone concretions within the shales and not in the softer rocks.  After that there was no stopping him, and over the next few years Stan assembled a large collection of actinopterygians, acanthodians and chondrichthyans which he subsequently sold to National Museums Scotland (NMS) and the Natural History Museum, London (NHM).  The new chondrichthyans formed the basis of John Dick’s PhD research (e.g. Dick 1978) and revealed a hitherto unknown shark biota, but the actinopterygians and acanthodians were, until recently, largely overlooked.  Now, the application of new technologies, most notably micro CT scanning, are uncovering the detailed anatomy of these fishes for the first time and shed new light on Wardie as a middle Mississippian Lagerstätte that preserves a remarkable fauna of vertebrates that formed part of the foundations of the modern vertebrate fauna.

Wardie was a significant fossil site during the late nineteenth century with Hugh Miller among the many who collected there.  It yielded numerous new taxa, some of which were named and described by the great Scottish palaeoichthyologist Ramsay H Traquair.  The site was largely neglected during the first half of the twentieth century, but Stan championed its significance.  He kept detailed records of his discoveries and these formed the basis of his first paper (Wood 1975).  In this he identified a total of seven fish beds, which he characterized by the different concretions they contained.  Of the 14 fish taxa previously described from Wardie, Stan found 13 but in addition discovered two new un-named chondrichthyans and the first record of Elonichthys striatulus at the site.  He tabulated the relative abundance of fish taxa in the different beds, noting that the chondrichthyans were comparatively common and may have been over-looked by previous collectors.  Stan followed this with a privately published memoir (Wood 1992) entitled A Challenging Edinburgh Fossil Site (Figure 1).  It was part field guide and part review, in which he outlined the history of the locality.  He discussed the un-salubrious environment of the shoreline when he began collecting, before a new treatment works removed the need to pump raw sewage into the Forth at Wardie.  He also described his technique for preparing the concretions to expose the fossils, which included boiling them first to make them safe to handle.  He included a summary of its geology and vertebrate fauna.  It has an excellent bibliography and is a good place to begin for anyone wanting to find out about Wardie.  The memoir has been out of print for many years and in the UK was only available at the National Library of Scotland and the NHM, London.  Recently however, with the aid of a generous donation from The Palaeontological Association, it has now been made available through the Biodiversity Heritage Library (BHL) at: <https://doi.org/10.5962/bhl.title.150534>. 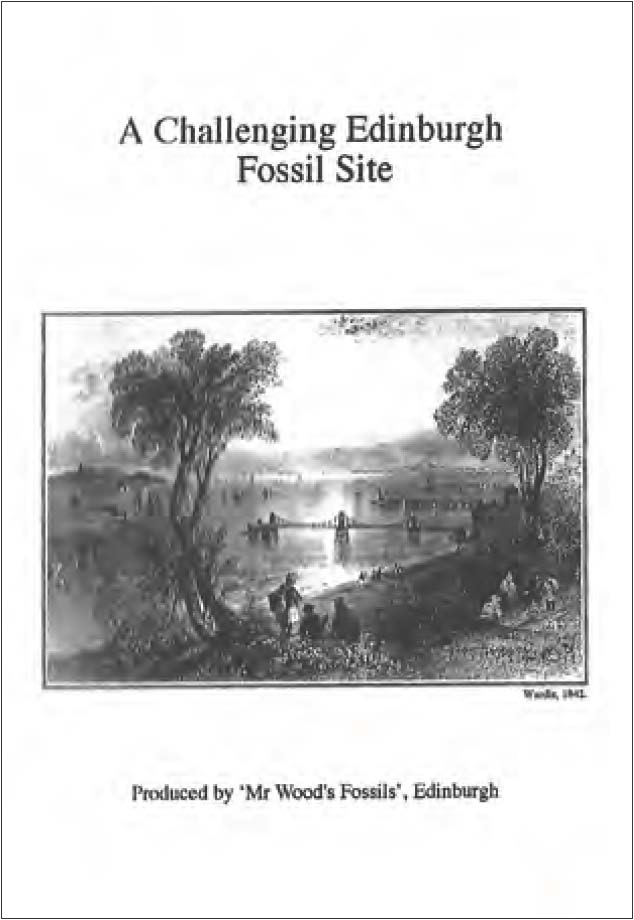 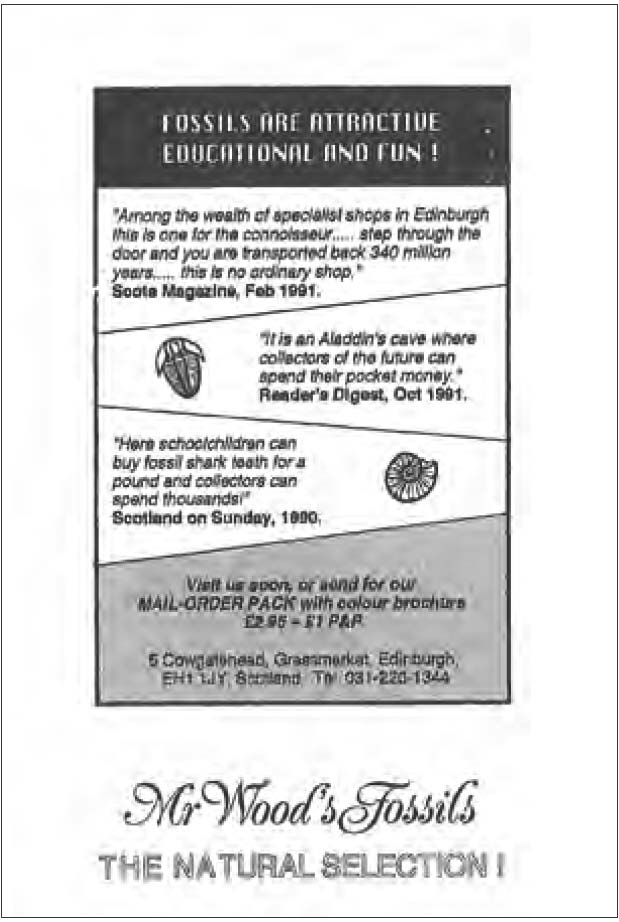 Stan’s pioneering work at Wardie was briefly described by Smithson and Rolfe (2018) in one of a collection of papers published earlier this year in tribute to Stan entitled A legacy in fossils (Fraser et al. 2018).  It also records many of his other significant discoveries at Dora, Bearsden, East Kirkton, Mumbie, Whitrope Burn and Willie’s Hole.  In the same volume, Coates and Tietjen (2018) gave a detailed account of the braincase of one of the earliest elasmobranchs Tristychius, based on micro CT scans of Wardie specimens collected by Stan (Figure 2).  This revealed for the first time the true proportions of the cranium, details of the jaw suspension, and, internally, the form of the otic labyrinth with implications about its hearing capability.

One of the early collectors at Wardie, much admired by Stan, was Thomas Stock.  After a brief period working with Traquair at the Museum of Science and Arts in Edinburgh (later to become the NMS), Stock emigrated to America and took his fossil collection with him, eventually selling it to the Museum of Comparative Zoology, Harvard.  Among these specimens is the only tetrapod to have been found at Wardie, an elongate, limbless form, Lethiscus stocki (Wellstead 1982).  This was the first Wardie specimen to be investigated using X-ray techniques (Wellstead 1982), and the most recent study using micro CT (Pardo et al. 2017) revealed new details of the skull and braincase and demonstrated the efficacy of this technique on ironstone concretions.  More recently, another of Stock’s specimens, containing the actinopterygian Eurynotus, has been CT scanned, and delivered details of the braincase, jaws and toothplate dentition (Friedman et al. in press).

Wardie’s time in the spotlight has come.  This important middle Mississippian Lagerstätte, with its taxonomically diverse and morphologically disparate fauna of actinopterygians, chondrichthyans, rhizodonts, undescribed lungfish and a tetrapod, is one of the earliest known glimpses of vertebrate diversity following the end-Devonian extinctions.  Micro CT scanning is finally releasing the data long thought to be locked within the fossils from this “challenging” site (Wood 1992) and has proved effective on tetrapod, shark and ray-finned fish specimens.  It is anticipated that over the next few years our understanding of this critical time in the evolution of the early members of the modern vertebrate fauna will be much enhanced through the study of the considerable body of material collected by Stan Wood.

We thank Maggie Wood and Matt Dale, proprietor of Mr Wood’s Fossils, for allowing Stan’s memoir A Challenging Edinburgh Fossil Site to be made available by the Biodiversity Heritage Library, Bianca Crowley at the BHL for her help and advice, and Jo Hellawell and the Palaeontological Association for their support and encouragement.