How to own a mammoth

Article from: Newsletter No. 92
Written by: Ross Barnett
PDF: No article PDF

It’s only natural to wonder why species have gone extinct, and then fantasize what it would be like to see them returned to life.  Generations that enjoyed Doyle’s “The Lost World”, or Crichton’s “Jurassic Park” are testament to such a fantasy.  Will we – and should we – resurrect any of the hugest, and fiercest, and strangest animals?  Over the past 32 years, the field of ancient DNA has contributed to the debate by retrieving ever larger fragments of genetic information from extinct species.  In the popular consciousness, we understand that DNA equals life.  Now papers published on the genetics of extinct animals are met with: “can we clone it yet?”  The short answer is no.  The long answer is maybe; but should we?

Thanks to the persistence of ancient DNA researchers, we have genomes from many extinct Quaternary mammals: mammoths (Mammuthus primigenius), cave bears (Ursus spelaeus), aurochs (Bos primigenius), Neanderthals (Homo neanderthalensis), and Denisovans (Homo x).  More are on the way.  These hard-won datasets reveal fascinating details about the phylogeny and phenotypes of species.  But biology is messy; we can’t just plug our recreated genomes into an empty cell, sit back, and wait for a baby mammoth (Shapiro 2015a).  To understand why this is the case, we need to look at some of what we’ve learned from the DNA of old bones. 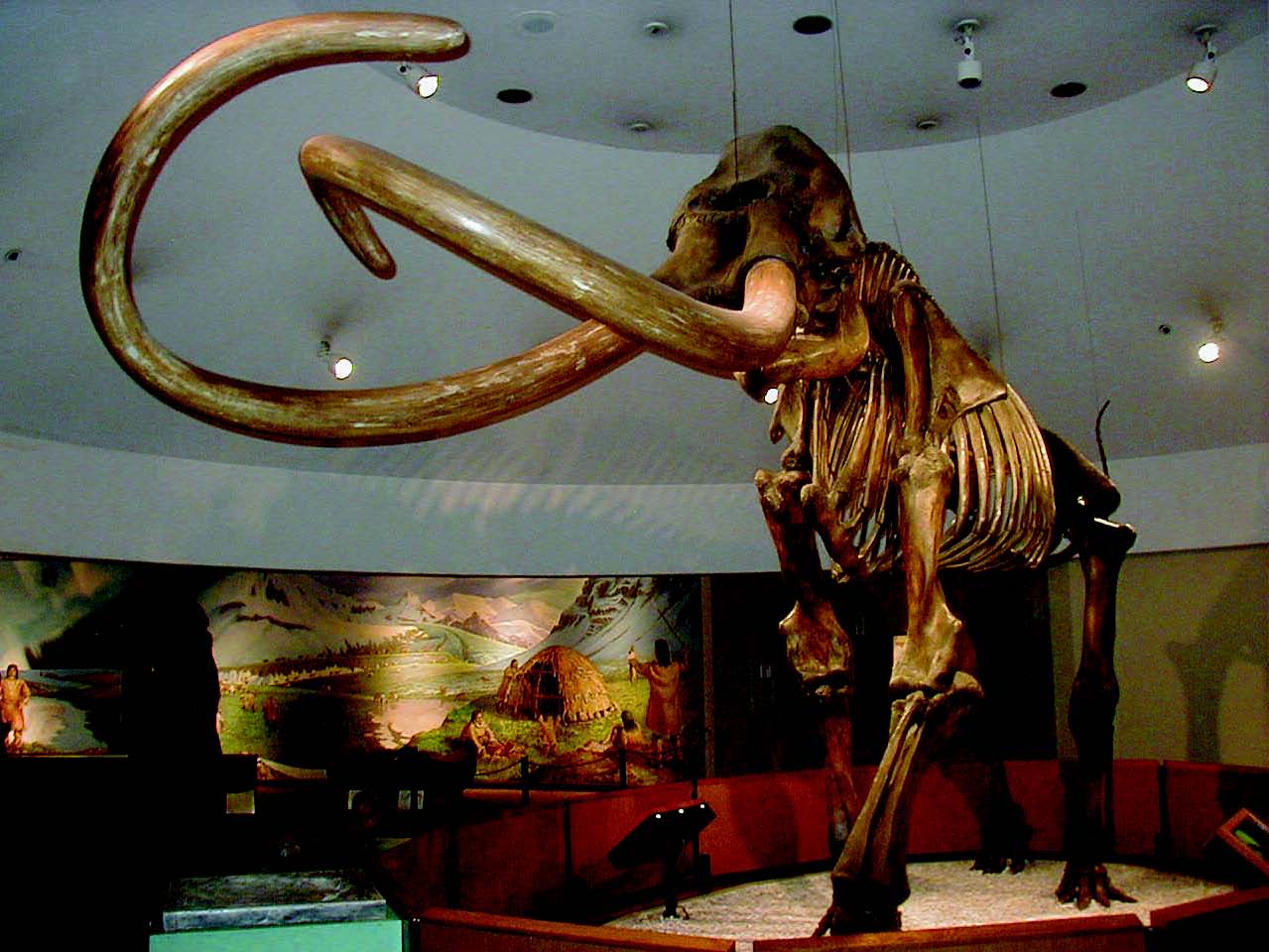 DNA is an unstable molecule.  Ridiculous amounts of cellular energy go into keeping it from breaking down, and patching it up when it inevitably gets broken.  When an organism dies, these processes are left unchecked.  DNA very quickly suffers from radiation damage, hydrolysis, depurination, deamination, strand breaks, and assorted other issues that make it unreadable (Briggs et al. 2007).  Very rarely, circumstances conspire to slow down the damage.  In a similar way to drying or freezing food to extend its shelf-life, the environments in dry caves and frozen permafrost can allow DNA to hang on.  It seems like every time someone digs up a mammoth mummy (or for that matter, an adorable cave lion, e.g. Panthera spelaea) in Siberia, there appears a flurry of news articles about how this find will be used for cloning.  What these stories ignore is that even with the best permafrost preservation, DNA is often broken into segments of only 500–1,000 base pairs (the ACGT ‘letters’ of DNA).  When you consider that a single chromosome may have 250 million base pairs, complete without a single gap, and that the working of the chromosome depends critically on the uninterrupted order of the base pairs contained within it, you see the problem.  No one is ever going to clone a mammoth by using frozen cells from the permafrost.  There has to be some kind of rebuilding of the ancient genome before we can think about cloning.

So how do you rebuild a genome, broken into random fragments?  It’s like the smallest ever 6-million-piece puzzle.  And if you put just one piece in the wrong place, you get nothing.  Luckily, researchers have got around this issue in an ingenious way.  Using the genomes of related, but extant, species as a scaffold, it is possible to map the ancient DNA to an approximate position within the genome (Poinar et al. 2006; Miller et al. 2008).  Of course, using this approach constrains the number of species you can work with.  The degree of divergence between mammoth and elephant, or human and Neanderthal, is small enough that the modern genomes and ancient genomes map well enough.  But what modern genome could act as scaffold to an extinct notoungulate?  This method also forces us to ignore aspects of evolutionary change that could have had large effects on the living animal but which can’t be picked up, e.g. chromosomal inversions or chromosomal fusions.

Assuming we do have a patched-up genome from an extinct mammoth, why not just synthesize the chromosomes and bung them into an elephant egg cell?  This wouldn’t work either.  Chromosomes have features on their centres and at the tips of their arms (centromeres and telomeres) that are essential to the process of mitosis and are made up of long repeating sequences.  Current DNA sequencing technologies work very badly with repetitive DNA, to the extent that we don’t even know the correct sequence for human repetitive regions.

But all is not lost.  There is an alternative strategy that may be more likely to succeed.  Instead of trying to recreate an extinct genome, we could theoretically identify which genes code for unique phenotypic traits in extinct species, e.g. abundant hair, curved tusks, and anal flap in the woolly mammoth, then modify those genes in the zygote of a close relative.  This approach becomes somewhat like the ship of Theseus: at what point does a modified elephant become a mammoth, if ever?  Would we be satisfied with a palimpsest mammoth?  The technology exists now to modify genes in living cells.  CRISPR/cas9 is a relatively new biotechnique based on a process identified in the primitive immune system of prokaryotes.  Within bacterial cells, this protein/nucleic acid complex acts to identify foreign DNA and tag it for destruction.  Subtle modifications of the CRISPR/cas9 system have been developed in the lab: it can now be programmed to find any DNA sequence and replace it.  Last year, researchers in Harvard modified living elephant cells with genes recovered from mammoth for fat storage, haemoglobin, and hair length (Shapiro 2015b). 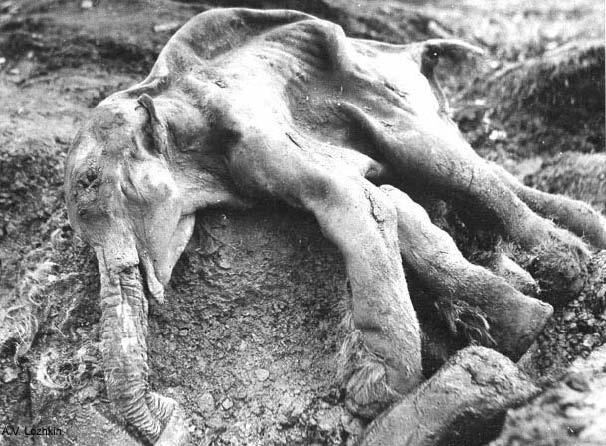 So, theoretically, we could identify every position in the elephant genome that differs from the woolly mammoth, change them, and then have a good facsimile of a living mammoth cell.  What should we do with it then?  Animal cloning involves swapping nuclei from a somatic cell to a zygote, before goading the new hybrid into mitosis and growth into an embryo that can be implanted in a surrogate.  At that point we have a pregnancy, right?  Not quite.  There are problems even at this stage.  To put it mildly, assisted reproduction in elephants is a complicated, delicate, and dangerous business.  Elephants ovulate only once in five years, releasing one or two large ova, and in the wild nearly immediately become pregnant.  Another issue involves elephant hymens.  These tough, elastic structures regrow between pregnancies and are impermeable except for a microscopic opening that allows the entry of sperm (but not the exit of eggs).

Even if all the technological obstacles were surmounted, should we clone extinct species?  Certainly, the technical accomplishments necessary could prove important for conservation.  Thousands of tissue samples of endangered and soon-to-be extinct species are held in the ‘frozen zoo’ in San Diego.  If we could clone a mammoth, we could clone a panda.  But all the money spent on figuring out how to clone mammoths could be used now to prevent pandas going extinct!  Conservation funding is often small and localized.  Shouldn’t we look after what we have, rather than pining for what we don’t?

What would we even do with a mammoth?  The mammoth steppe habitat it lived in is gone.  Perhaps reintroducing mammoths to the tundra would help to bring it back (Zimov et al. 1995).  Still, I doubt modern-day Siberians or Alaskans would appreciate sharing their land with a giant, pissed-off proboscidean.  Few people are even willing to countenance reintroduction of lynx, wolves or bears: why should the mammoth be different?  Should it live, isolated and alone, in a zoo?  Would this be ethical?  Isn’t the mammoth better as a creature of the past, where it lived a free life in free herds, its extinction through human agency a dire warning to the present (MacDonald et al. 2012)?  When humans and mammoths lived together during the Pleistocene, we sought them out for meat, for ivory, for bone.  We knew them living, but wanted them dead (Pitulko et al. 2015).  Perhaps we’ll eventually learn how to clone a mammoth, but we will never know how to own a mammoth.