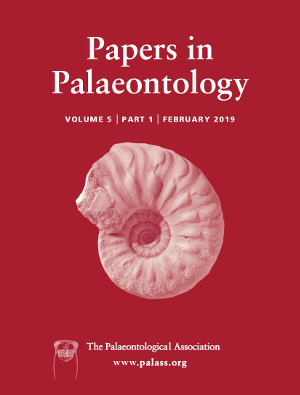 The Early Triassic non‐mammaliaform epicynodont Galesaurus planiceps formed an important part of ecosystems following the Permo‐Triassic Mass Extinction, the greatest mass extinction in Phanerozoic history. Here, we re‐examine the postcranial skeleton of Galesaurus and present data which sheds light on the biology, ecology and possible survival strategies of this species. We find evidence for two distinct morphotypes, a gracile and a robust morph, which we interpret as stages in an ontogenetic series. The primary differences between the morphs manifest in the girdles, with further subtle differences in the fore and hind limbs. Our study also reveals postcranial differences between Galesaurus and the contemporaneous taxon Thrinaxodon liorhinus, allowing these taxa to be distinguished in the absence of cranial material. We also report the first evidence of intraspecific variation in the presence and distribution of disc‐like phalanges in a non‐mammaliaform cynodont. An analysis of the osteohistology of Galesaurus reveals rapid growth to skeletal maturity within one year, thereafter transitioning to slow intermittent growth. This growth pattern is similar to that of Thrinaxodon, which also grew rapidly and continuously to skeletal, and possibly reproductive, maturity within its first year of life. Features such as a strong, reinforced pelvis, elongated ilium, thick, robust forelimbs and stout unguals indicate that Galesaurus was capable of actively excavating burrows. The combination of rapid maturation and fossoriality may have aided its survival in the harsh, unpredictable post‐extinction Early Triassic environment.