Article: Dietary adaptations and palaeoecology of Lophialetidae (Mammalia, Tapiroidea) from the Eocene of the Erlian Basin, China: combined evidence from mesowear and stable isotope analyses 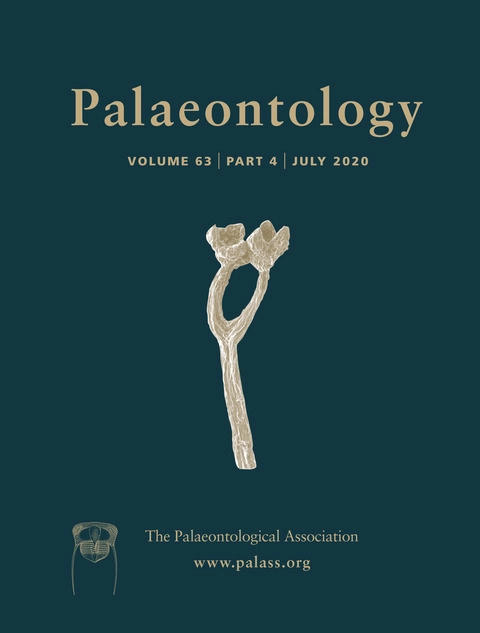 Lophialetidae is an extinct group of endemic Asiatic tapiroids that are widely distributed in the Eocene sediments of Asia. Schlosseria magister and Lophialetes expeditus are the most abundant species in this family. However, their dietary and ecological characteristics are largely unknown. For the first time, we reconstruct the palaeodiet and habitat of these two lophialetids using a combination of mesowear and stable carbon isotope analysis of fossil teeth excavated from the Erlian Basin, China. Mesowear analysis (n = 141) suggests that the dietary structure of S. magister and L. expeditus shifted from less to more abrasive diets from ~52 to ~42 Ma. Stable carbon isotope analysis (n = 137) suggests that the habitats of S. magister and L. expeditus became drier and/or more open through time. The dietary shifts of the two lophialetids are consistent with evident changes in habitat. The changes in the diet and habitat were probably related to global climate change during that time period. The gradual drop in global temperatures during the early–middle Eocene led to a drier and more open terrestrial ecosystem in the Erlian Basin, probably resulting in changes in floral composition of the environment inhabited by S. magister and L. expeditus. Hence, herbivores highly susceptible to vegetation modification had to develop new resource exploitation strategies to adapt to these changes. Schlosseria magister, considered to be the sister‐group of L. expeditus and with a low level of ecological flexibility, was unable to adapt to the habitat changes finally becoming extinct at ~45 Ma.