Field Guide to Fossils: No. 5 - Fossils of the Santana and Crato Formations, Brazil 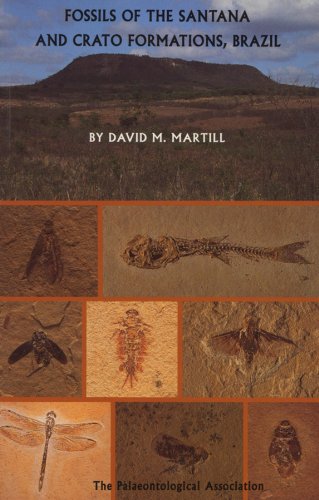 The Araripe Basin of north-east Brazil contains not one, but two fossil lagerstatten: the Santana and Crato Formations. Both are of late Lower Cretaceous age (Aptian-Albian) and yield diverse and excellently preserved angiosperms, gymnosperms, insects, crustaceans, fishes and tetrapods, including giant pterosaurs. The sedimentology of the Araripe Basin is varied and reflects a dynamic basin influenced by regional and global sea level changes, as well as climatic changes related to the opening of the South Atlantic Ocean and the break up of Gondwanaland. Until now little data on the geology of the Basin and on its (relatively easy) accessibility has been available in English. However, the beautiful fossils are comparatively well-known and widely available through commercial outlets all over the developed world. This book not only summarizes the fossil flora and fauna of the Araripe Basin, but is an attempt to place the fossils in a tectonic, sedimentological and paleoecological context.