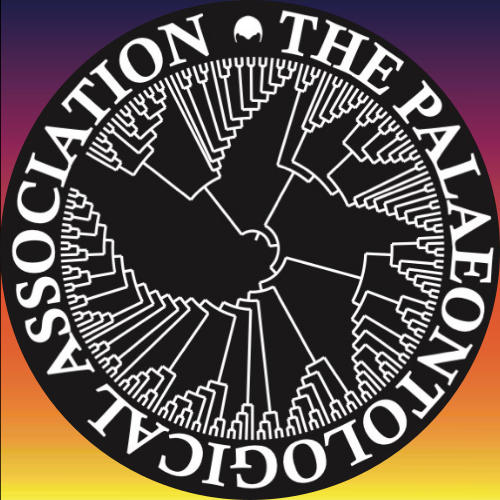 Manchester is a large city with an historic industrial past, currently undergoing an energetic period of growth and regeneration. There is a long history of engineering and science innovation at the university, from Ernest Rutherford’s work in physics and Alan Turing’s pioneering approaches in computing, to Kathleen Drew-Baker’s work on botany and marine aquaculture. Evidence of Manchester’s industrial, political, cultural and sporting heritage can be found all over the city centre and its museums, alongside modern architecture and vibrant nightlife. Close to the university campus is Manchester’s famous gay village, historic music venues, the curry mile, and a wide range of pubs and restaurants. Many of the locations highlighted below are marked on the PalAss21 Map.

Manchester has excellent travel connections to the rest of the UK and Europe. The venue on the Oxford Road campus is a short walk (1 mile) from the city centre and Manchester Piccadilly railway station, which has direct services to most UK cities (the 147 bus connects campus and Piccadilly). Manchester Airport is the UK’s third busiest with frequent connections to a broad range of European and North American destinations; it is a short train journey (~£4), tram journey (~£4), or taxi ride (£20) from the university campus. The international travel requirements are frequently changing. We ask all delegates to keep an eye on the changing situation.

Manchester is a large city with a broad range of accommodation options. We ask delegates to book their own accommodation independently to match their own requirements. Hyatt House/Regency Hotel is on the university campus (Booth Street West) whilst Holiday Inn Express (Oxford Road), and Ibis Hotel (Princess Street) are a short walk from the conference venues.

The Palaeontological Association runs a programme of travel grants to assist student members (doctoral and earlier) to attend the Annual Meeting, in order to present a talk or poster. For the Manchester 2021 meeting, grants of up to £100 will be available to student presenters who are travelling from outside Manchester. The actual amount available will depend on the number of applicants and the distance travelled. Payment of these awards is given as a disbursement at the Meeting, not as an advance payment. Students interested in applying for a travel grant should contact the Executive Officer, Dr Jo Hellawell (e-mail <jo.hellawell@palass.org>) once the organizers have confirmed that their presentation is accepted, and before 1st December 2021. Entitle the e-mail “Travel Grant Request”. No awards can be made to those who have not followed this procedure.

Manchester has a range of cultural institutions to see while you visit. The Manchester Art Gallery occupies three buildings, and has a broad collection, with a particular strengths in Victorian art (most notably the Pre-Raphaelite Brotherhood, and Victorian decorative arts). The Whitworth Art Gallery is part of the University of Manchester, and houses 60,000 artworks covering all styles including works from William Blake to Gilbert and George. It was refurbished in 2015, and is particularly notable for its collections of watercolours, sculptures, wallpapers and textiles. Another institution that forms part of the University is the Rylands Library which  houses the majority of the Special Collections of The University of Manchester Library in an imposing late-Victorian neo-Gothic building. The city is also host to Chetham's Library, the oldest public library in Britain (founded in 1653, in a building dating back to 1421), and the Portico Library, an independent subscription library founded over 215 years ago. There are numerous museums in the City. The Manchester Museum, opposite the conference venue, is part of the University, and houses earth science, archaeological, anthropological, and zoological collections, as well as a vivarium and one of the largest collections of archery objects in the world. The Science and Industry Museum cover Manchester's (and the world's) industrial past, the People's History Museum charts the history of struggles for representation by working people, equality, social justice, and co-operation. Other museums include a football museum, the Imperial War Museum North, museums of transport and policing, the newly refurbished Manchester Jewish Museum, the Pankhurst Centre,  and Centre for Chinese Contemporary Art. Architecturally, Manchester excels in 19th and early 20th-century architecture,  including Neo-/Venetian Gothic, Palazzo, Art Nouveau, Art Deco, Edwardian baroque, and Neo-Classical styles. Standouts include the Town Hall, designed by Alfred Waterhouse (also responsible for London's Natural History Museum), the Central Library (a neoclassical building by E. Vincent Harris), and the wharehouse district around Whitworth Street backing onto Chinatown. The Victorian streets of the Northern Quarter often double for New York on the big screen. Other cultural attractions include the Royal Exchange Theatre, the centre for international contemporary art, theatre and film HOME, and the Manchester Craft Centre.

All of the above museums and galleries are free to enter. Manchester also has a couple of famous football teams.

Places to eat and drink

There are a multitude of places to eat and drink in Manchester. There are a number of areas worth exploring in the search for food, drink or a night out. The Northern Quarter has a wide range of independent bars and restaurants (and some great street art), it's good for craft beers, buzzing restaurants and some great live music venues. If you're after late night venues, Manchester's gay village - situated around Canal Street - has a vibrant range of pubs, clubs and bars that are open until the early hours of the morning. Castlefield is an area marking the end of the Bridgewater Canal (actually the first ever canal, opened in 1761), and has fashionable restaurants and bars, slightly fancier than the rowdier offerings of the nearby Deansgate Locks. Spinningfields is also a place to explore some more upmarket eateries. Specific recommendations include: Kro Bar, ~100m from the conference venue, which has a wide range of drinks and food, with a number of Danish specialities; the Lass O' Gowrie a traditional Manchester Pub, and favourite of the organising comittee in between the venue and city centre; Sandbar, also close to the venue and with a very large range of beers and spirits and good pizzas; and Brewdog Outpost Manchester and Takk coffee (University Green location), which are both on unviersity campus. During December, Manchester city centre is usually taken over by the massive Christmas markets with 300 stalls centered on Piccadilly Gardens. Your local hosts can frequently be found there in December, and we encourage in-person attendees of the annual meeting to make a visit and enjoy some mulled wine with colleagues. These, and many more, are listed on the PalAss21 Map.

There's lots more to do and see, and an attitude generally summed up by a famous Manchester Character, Tony Wilson (founder of Factory Records and The Haçienda): This is Manchester, we do things differently here.