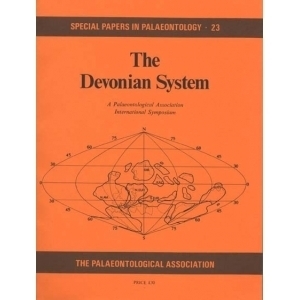 Special Papers in Palaeontology: 23
<br />1979
<br />
<br />The Devonian System.
<br />M R House et al. (Eds)
<br />
<br />353 pp., 1 pl.
<br />
<br />ABSTRACT. The concept of a Devonian System, as a series of strata equivalent to the Old Red Sandstone and comparable in importance to the Carboniferous above and the Silurian below, emerged from a complex and often a bitter controversy. This extended from 1834 to about 1840; the argument was principally between Henry De la Beche and Roderick Murchison. The main outlines of the controversy are summarized, using the evidence of a large number of unpublished scientific letters. Contested principles of geological reasoning and personal animosities were factors of equal importance. No participant was wholly correct or incorrect as seen in retrospect; all changed their views in major respects in the course of time. The emergent concept of the Devonian (from which the modern concept is directly derived) was constructed out of this process of social and cognitive interaction.